Anti-Semitism From Peter Stuyvesant to Pittsburgh

Jews did not get off to a good start when they arrived in the new world. The first group of Jewish arrived in New Amsterdam from Recife in Brazil in 1654. The Dutch governor of the colony Peter Stuyvesant objected to their arrival. He was, however, overruled by the management of the Dutch West India Company.
During the colonial period, a small number of Jews continued to arrive in the New World. They are said to have numbered approximately 2,000 by the time of the revolution. There existed in the United States five synagogues at the time of the start of the revolution. Jews played an active role in the revolution, and one was crucial in financing the war. When Washington became President he wrote a remarkable letter to the Jewish community of Rhode Island in which he said “May the Children of the Stock of Abraham, who dwell in this land, continue to merit and enjoy the good will of the other Inhabitants; while every one shall sit in safety under his own vine and fig-tree, and there shall be none to make him afraid. “
Between 1820 and 1860, 100,000 Jews arrived in the United States. Thus the Jewish population grew from perhaps 6,000 Jews, increased to over 150,000. The new Jews created a substantial communal infrastructure founding over 200 new synagogues.
As Jews advanced, they suddenly were confronted with barriers. In 1861 Congress established the office of Chaplaincy for the Union army. In the enabling legislation, however, stated that anyone becoming a chaplain must be a regularly ordained minister of a Christian Church. The Board of Rabbis sent Rabbi Arnold Fischel of New York to meet with President Lincoln. Rabbi Fischel argued that the degree was unconstitutional in that it provided religious qualifications for an office in the United States. Lincoln promised to intervene, and in July of 1862, the Congress changed the law to read some religious denomination.

The worst case of official antisemitism occurred during the Civil War on December 12, 1862, Ulysses S. Grant then commander of the Union troops in Tennessee issued General Order No 11, in which he accused the Jews of Tennessee of smuggling activities, formally ordering them to leave his territory. The Board of Delegates and the Jewish community at large immediately protested this action, which remains the worst case of official Anti-Semitism in the history of the United States. President Lincoln rescinded the order immediately. He explained to Grant that he could expel any trader he wished, but he could not order the expulsion of a group based on religion.
In the post, Civil War American Jews did well economically and felt well integrated. This sentiment was shattered in 1877, when Joseph Seligman, one of the leading Jews of his time, was denied a reservation at a hotel in Saratoga. The manager of the hotel stated, unabashedly, that "No Israelite shall be permitted in the future to stop at this hotel." This was just the first of many establishments to which Jews were to be denied entry. To the German Jews of the time, this came as a shock. Suddenly they had discovered American anti-semitism. Many reacted by creating their own facilities, an example of this was when Nathan Straus the head of Macy's was turned down from a resort in Lakewood New Jersey. He turned around and bought land next door and built a better resort. This became known euphemistically as "separate but superior."

In the coming year, the American Jewish community underwent rapid growth when two million Jews were part of the wave of 35 million immigrants that arrived between 1865 and 1915. That wave of new immigrants resulted in a nativist response calling to limit immigration. It also resulted in the revival of the Ku Klux Klan which had been existed briefly during the Reconstruction. The new Klan not only opposed African Americans but Jews and to a lesser extent Italians ( they were a large immigrant group at the time).In 1915 Klan linked group lynched Leo Frank a Jewish factory when the governor blocked his execution after he had been wrongly convicted of killing a white factory worker. After the lynching, almost half of Georgia’s 3,000 Jews left
As a result of Klan an others efforts, there was a significant effort to lower immigration as not to change the character of America.
The resulting Immigration Act of 1921 and 1924 severely restricted immigration. The act of 1924 effectively cut off Jewish immigration to the US.
While the cut off of immigration took some of the steam out of some to nativist- the Twenties so a rise in other forms of antisemitism. American Universities had slowly begun admitting students based on standardized tests and grades. As a result, Columbia University in 1920 found that 40% of the admitting class was Jewish. Harvard, Yale, and Princeton had similar numbers. They all decided to impose a quota on the number of Jewish students accepted. Those quotas remained in place until the 1960’s.

The 1920’s saw the development of a different form of antisemitism- attacks on the globalist Jew- Henry Ford became an outspoken antisemite and using his newspaper The Dearborn Express printed in serial form Protocols of the Elders of Zion. During the Depression years After Charles Coughlin, a Catholic Priest gave a weekly radio broadcast heard by 30 million people placed much of the blame for people plight on “Jewish bankers.” As a result, when a Roper survey of Americans was taken in 1939 51% of those answering had unfavorable opinions. Moreover, there was no public support to allow even child refugees fleeing the Nazis into the United States. While Jews protested the rise of Nazism, any attempt at changing US immigration laws at the time was doomed to failure. President Roosevelt was even afraid to allow the infamous St Louis carrying Jewish refugees from Germany to land in the US for fear of public opinion.

After World War II and the establishment of the State of Israel anti-Semitic beliefs dropped precipitously. Jews continued to suffer discrimination- with certain neighborhoods off bounds to Jews. For instance in Greenwich Ct until the mid-1960’s Jews could only live downtown above the stores and other commercial developments and not among the rest of the denizens of the town, but those barriers slowly fell. In the South where Jews were often closely aligned with the civil rights movement a number of synagogues were attacked during the 50’s and 60’s as were Jewish civil right workers.

The Sixties and Beyond

In the 60’s two new forms of antisemitism emerged- Black antisemitism and left-wing antisemitism. Jews and African Americans had always been allies however in the 1960’s with the rise of the Black Power Movement conflict developed. During this period many of the business in the African American neighborhoods were Jewish, and this caused significant friction. An example of that was the statement of Stokely Carmichael of the Student Non-Violent Coordinating Committee (SNCC) who wrote:" It was the exploitation by Jewish landlords and merchants which first created black resentment towards Jews, not Judaism.”

The second rise in antisemitism was tied to an additional event the Six Day War. After that war in which Israel won overwhelmingly, Israel went from the underdog to the oppressor, and many on the left suddenly became influential critics of Israel, criticism that often bordered on antisemitism. The anti-Israel positions taken by the left after the Six Day War created the NeoConservative movement, as many Jewish liberals created a new home for themselves after no longer feeling comfortable in the left. The effect of the Six Day War also impacted Jewish Black relations. While Dr. Martin Luther King always had been a strong supporter of Israel, some of the more militant Black leader identified with underdog Palestinians. After King's assassination many of those voices became more dominant.

It should be noted that for most of the American public the Six Day War had the opposite effect. Most Americans widely admired Israel's victory, and that admiration reflected positively on American Jewry. So much so that it was a contributing factor into the full integration of Jews into the American society

As America emerged from the turbulent Sixties, Jews were fully integrated into the American elites, running for office and achieving unheard of political and economic success. On the personal level to the great chagrin of Jewish leaders who were worried about assimilation Jews became fully accepted in social circles. Non-Jewish parents had no problem with their children marrying Jewish spouses. That did not stop the attacks against Jews. In 1977, a white supremacist killed a congregant leaving a synagogue in St. Louis. In 1985, another white supremacist killed a Jewish family in Seattle In 1986; a white supremacist killed a Rabbinical student in the same neighborhood as this past Saturday’s killing. In 1991, African Americans killed a rabbinic student in Brooklyn and in 1994, a Muslim American fired on a van carrying Jewish students on the Brooklyn Bridge. (). In 1999, a neo-Nazi attacked the Los Angles Jewish Community Center, shooting five people, none of whom died but then killed a postal worker outside.

In 2000, a religious American Jew, Senator Joel Lieberman, was the Vice Presidential candidate on the Democratic Presidential ticket—and no one questioned whether it was possible for a Jew to become President of the United States. Some even wondered why there was still a need to have Jewish organizations whose mission was to fight anti-Semitism. 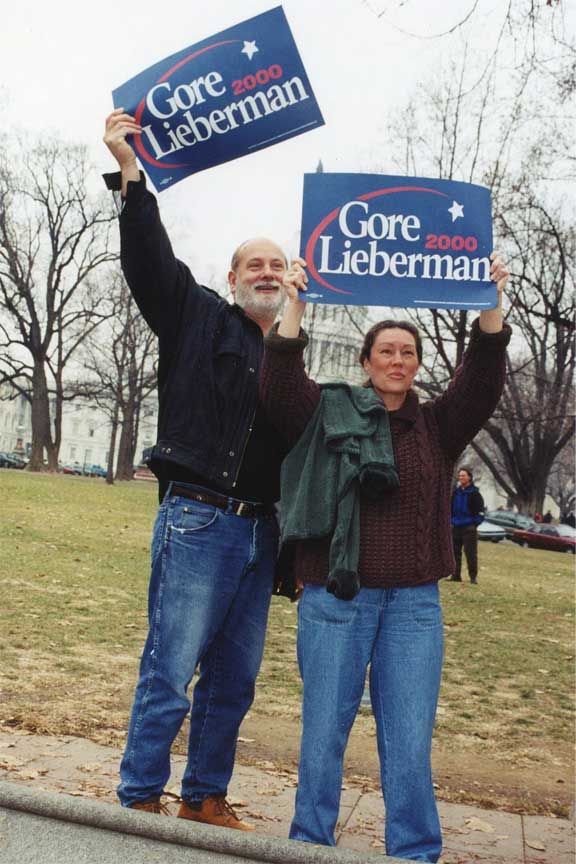 The 21st century, however, has turned out to be a more challenging time for Jews throughout the world, as well as in the United States. In 2006, a Pakistani American attacked the Jewish Federation in Seattle shooting six women killing one

It is, however, the underlying forces that are becoming darker. The extreme left has adopted classic anti-Semitic language and views. The second intifada in Israel and the American invasion of Iraq both contributed to the radicalization of the left. On the right, the election of President Barack Obama resulted in the creation of the Tea Party, who elected a series of candidates whose prime goal was to stop the policies of Obama. There are those who argue that the far right was further radicalized by their unwillingness to accept the idea that a Black man could be President; thus the multiple year efforts to prove that he was not born in the US and therefore not a legitimate President. The fringes soon fell back into their traditional conspiracy theories (e.g., Jews control the banks, or that some other secret Jewish cabal works against them).

In his run for office, President Donald J. Trump fueled some of the darkest views of the far-right. While not an anti-Semite himself, Trump has played to his supporters’ greatest fears and awakened a century-old hatred of Jews among some. His closing ad in the 2016 campaign featured four identifiable villains: Hillary Clinton (his opponent), George Soros (a Jewish financier), Janet Yellen (a Jewish Federation Chair) and Lloyd Blankfein (Jewish CEO of Goldman-Sachs). Trump’s ad claimed the aforementioned were all tied to global interests that were hurting the American people.

On October 27th a avowed white nationalist entered the Tree of Life synagogue in Pittsburgh. He yelled all Jews must die, and killed eleven worshipers.