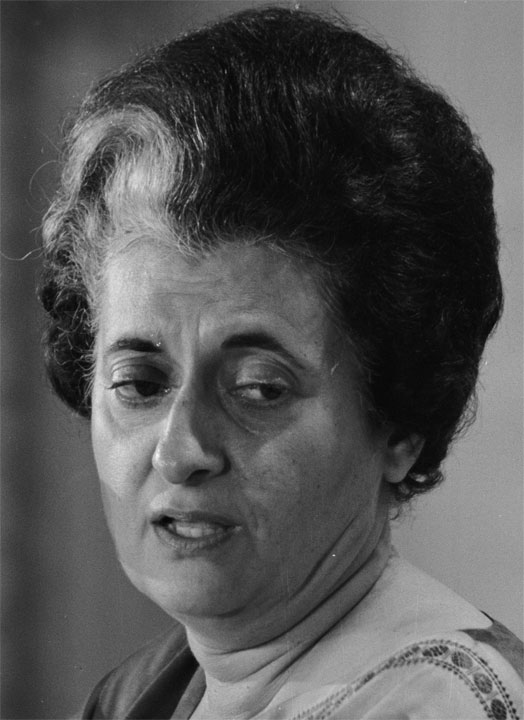 Indira Gandhi was the daughter of Nehru the first Prime Minister of India. She served as her father's personal assistant. When first elected she was considered a pawn of the Congress Party. However, she remained Prime Minister in her first term until March 1977 during which time she dominated the party. She returned to be Prime Minister after the election of 1980. She served as Prime Minister until she was assassinated on October 31, 1984.