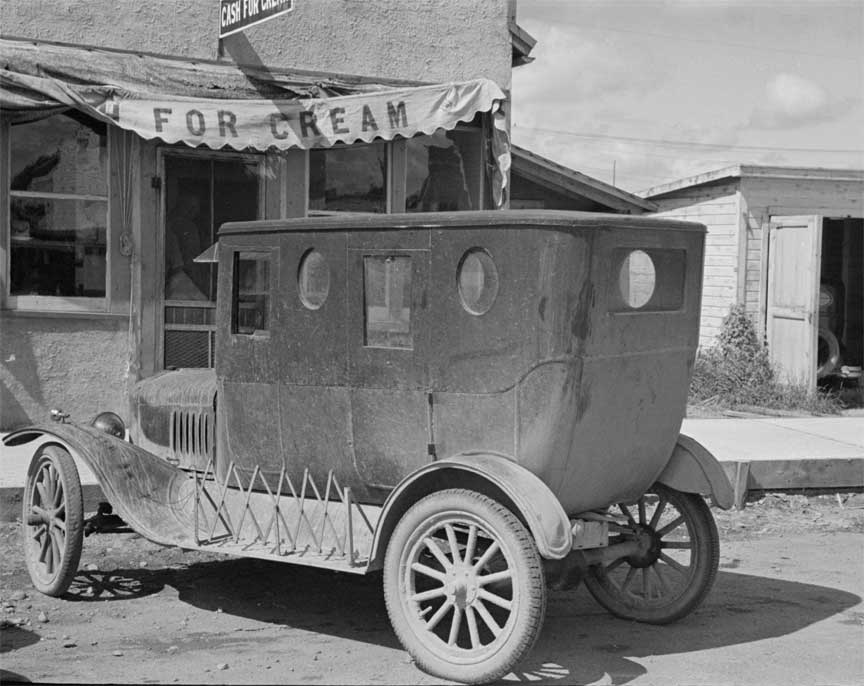 Henry Ford began selling the "Model A" auto for $850. His goal was to manufacture reliable cars at a price all could afford. His mass production methods would soon change the automobile industry, and eventually the world .In 1908 the "Model T" line was begun; it was sold for $845. By improving its production method, Ford was able to drop the price of the auto to $290. By 1927, Ford had sold 15 million cars.

After the invention of the steam train, there were attempts to develop an autonomous vehicle - the car. The first was produced as earlier as 1816 when a professor at the Prague Polytechnic produced an oil-fired steam car. It was not until 1871 that a minister in Racine Wisconsin Dr. J.W. Carhart developed the first carriage size vehicle suitable to American roads. The first practical gasoline-powered cars were designed in Germany by Siegfried Marcus. That was followed by cars by Karl Benz.

In the United States, the first automobile company was founded by Charles and Frank Duryea who started the Duryea Motor Wagon Company in 1893. In 1897 the Autocar company was established. In 1901 Ransom E Olds founded the Olds Motor Vehicle Company. The next year the Thomas Jeffrey Company was created and produced Ramblers.

However, it was Henry Ford that changed the motor vehicle industry, transforming the car from a niche product into a product for the masses. Ford firs founded the Henry Ford Company in 1901 but left it a year later with the rights to the name( ti became the Cadillac Motor Company. He went on to found in 1903 the Ford Motor Company. The first president was a banker John S Gray as the investors in the new venture feared that Ford would leave the new venture.

Ford did not leave, and his family controlled what at times was one of the largest automobile manufacturers in the world for over one hundred years. Initially, the company produced a line of unremarkable cars A.B, C, F, K, N, R and S. Each model a few hundred to at most a few thousand vehicles. Then came the Model T a car that was designed to be affordable. Ford stated while it was being designed:
I will build a car for the great multitude. It will be large enough for the family, but small enough for the individual to run and care for. It will be constructed of the best materials, by the best men to be hired, after the simplest designs that modern engineering can devise. However, it will be so low in price that no man making a good salary will be unable to own one – and enjoy with his family the blessing of hours of pleasure in God's great open spaces