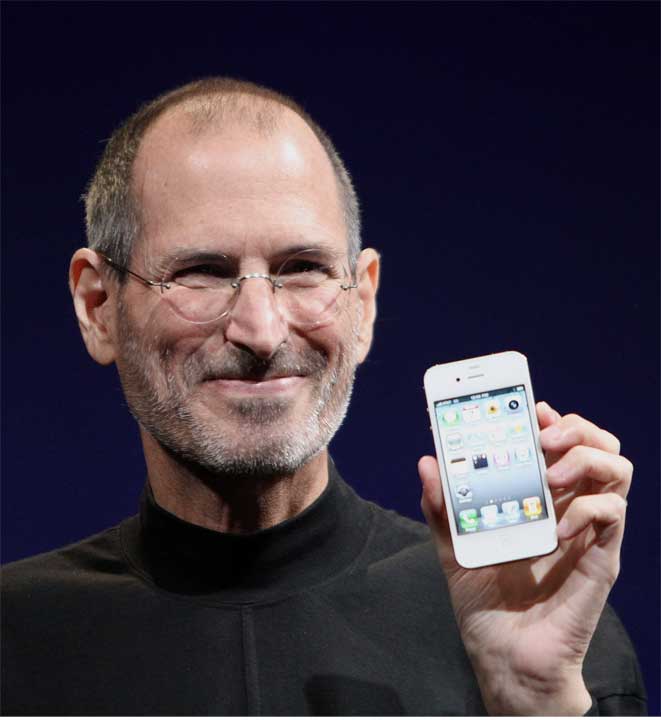 On January 9, 2007, at Macworld Steve Jobs unveiled the CEO of Apple unveiled the iPhone. The iPhone would go on to change the way we communicate.

Steve Jobs returned to Apple in 1997. When he returned, the company was teetering close to bankruptcy. One of his first accomplishments to buy time was to convince his old friend and competitor Bill Gates to invest in Apple and announce that Microsoft was committed to keeping its forward on the Macintosh. He also immediately set out to streamline Apple's product line and begin work on new products. The first of the new products was the all in one colorful Imac’s. They were a success and provided Apple with the breathing room to develop new products.

In October 2001 Apple introduced the iPod. The first version could hold 1,000 songs and was considered a breakthrough in music devices.

Apple began secretly working on combining a music player with a phone. On January 9th at the annual Macworld show in San Francisco Steve got on stage and unveiled the for the first time the iPhone. On the 12th anniversary of that event the then Wall Street Journal tech editors Walt Mossberg tweeted: “The unveiling of the iPhone was a seminal event in the history of technology. I’ll never forget it. So glad I left the Consumer Electronics Show in 2007 to fly to SF to attend. Jobs convinced me to do so without telling me the product. ‘Walt, this will be as big as the Mac.’”.

While the initial iPhone did not support third-party apps, Steve Jobs recognized the mistake and a year later the phone was opened up to third-party apps, that soon changed the world of communication and computing. Millions of Apps were developed for the iPhone and its' iOS operating system. Millions of users soon had a computer in their pocket. The iPhone drove Apple to unprecedented growth and profitability. Its main competitor became phones using an operating system developed by Google called Android.