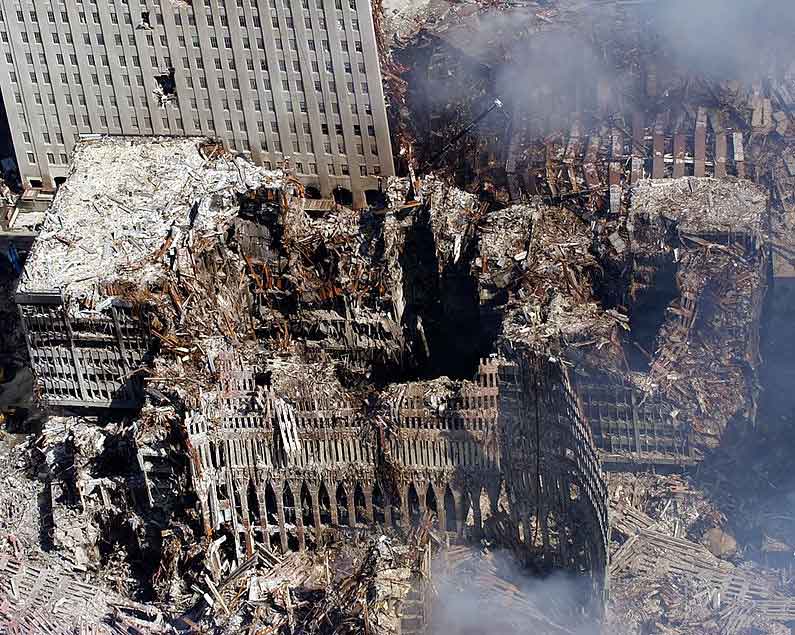 At 9:59 the South tour of the WTC collapsed followed by the north tower which collapsed at 10:28. A total of 2595 including 343 firefighters and police officers were killed in the World Trade Center. 175 died in the Pentagon, and 265 passengers on the planes died.