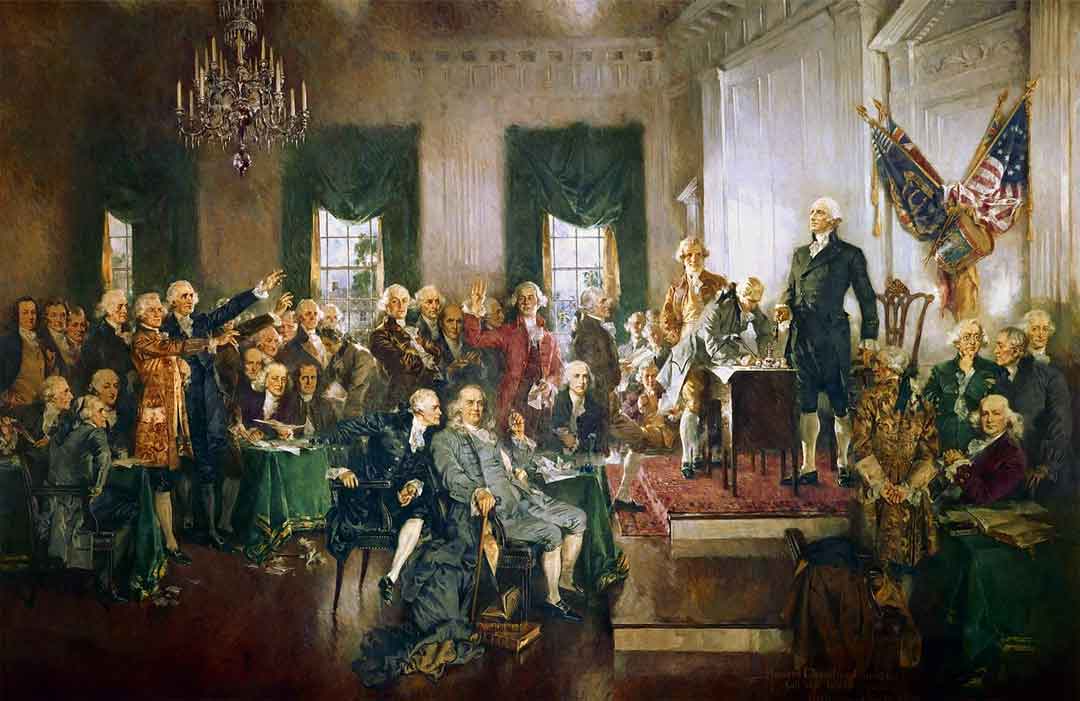 When the Constitutional Convention met in Philadelphia in 1787, there was some hope that the issue of slavery could be dealt with and amicably resolved. However, it soon became clear that if the delegates would have any chance to pass a Constitution and have it ratified by the states, dealing with the policy toward slavery in the Union would have to wait.

In fact, the issues of slavery came up in the Constitutional Convention in a number of ways. First, there was an issue of whether slaves would count when calculating the number of members of the House of Representatives allotted to each state. Ultimately, a compromise was reached, in which each slave would count as 3/5 of a person.

Other issues raised related to the continuation of the slave trade. It was agreed that Congress would not prohibit slavery for twenty years. Finally, Article IV, section 2 of the Constitution stated: "No person held to Service or Labor in on State, under the Laws thereof, escaping into another, shall in consequence of any law or Regulation therein be discharged from such Service or Labor, but shall be delivered up, on Claim of the Party to whom such Service or Labor may be due."

With this, the Constitution clearly provided the basis for the future "Fugitive Slave Acts" and the "Dred-Scott decision". At the end of the day, not only was the issue of slavery not dispensed with, it was, in fact, given a legal framework to continue.