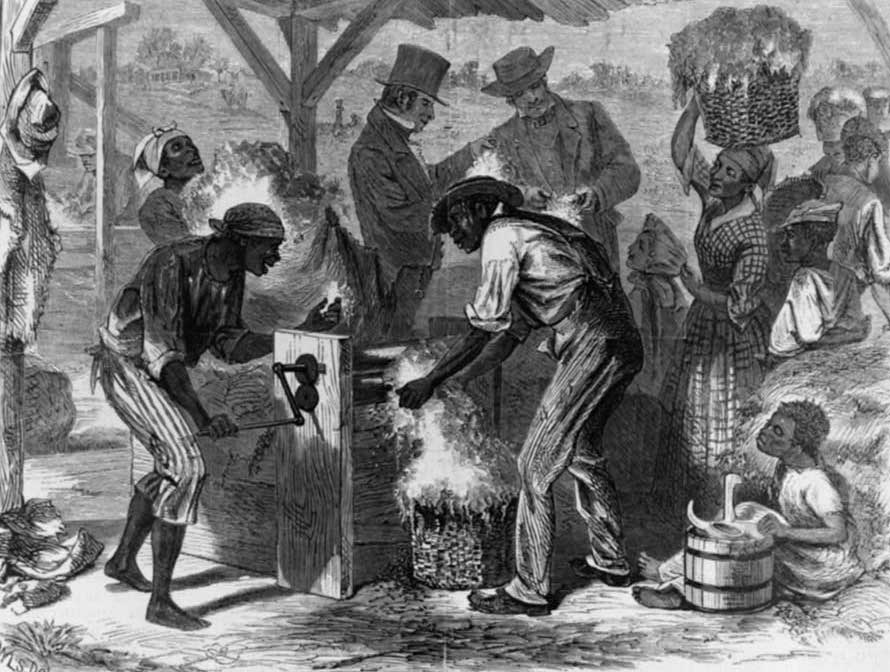 n March 14, 1793, Eli Whitney obtained a patent for the cotton gin. The cotton gin made the production of cotton highly profitable. This greatly changed the economics of slavery.

Many had believed that slavery would slowly die out, as the tobacco fields (where most slaves were employed) were slowly depleted. The economical production of cotton, on the other hand, greatly increased the economic importance of slavery to the South, thus ensuring its continued dependence on it

Before the introduction of the gin the need for slavers was modest and slaves were not considered that valuable, before the gin a slave was could be bought for $300, by the time of the Civil War the cost was $3,000. Cotton farming was a labor-intensive endeavor. The gin made it feasable to product cotton, slavery made it economical and thus the Southern slave owners did everything in their power to maintian the institution of slavery.